Moderate to severe traumatic brain injury (TBI) is a common medical problem which can cause brain damage or even death. Scientists have not been able to come up with an effective drug treatment for TBI, despite trying for over 30 years. ProTECT™ III, more commonly referred to as the Protective Effects of Progesterone, was a research study to see if progesterone, a hormone normally found in our bodies, was able to limit the amount of brain damage from TBI.  Many previous animal studies and two small studies in humans suggested that progesterone, given after TBI, may result in less brain damage.  The ProTECT III study tested these findings and determined if this treatment could be helpful in adults with moderate to severe TBI. For more background information on ProTECT, click here.

FINDINGS: the ProTECT trial did not show a benefit of progesterone over placebo in the improvement of patient outcomes with acute TBI. See the full publication from the New England Journal of Medicine (NEJM) below: 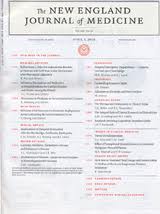 ProTECT was featured at the 2014 Neurocritical Care Society Annual Meeting, September 11-14, 2014 at The Westin Seattle, Seattle, WA. The Trial Results Presentation is posted here for viewing.

Why did we do this study?

This study involved adults who experienced a moderate to severe head injury caused by blunt trauma, like a car accident or a fall.  People were en­rolled in an emergency department who met the inclusion criteria for the study including the ability to receive study drug within 4 hours of their injury.  People were NOT enrolled if they were known to have an allergy to eggs.  Women known to have breast cancer or other reproductive cancers or known to be pregnant were also excluded.  Patients known to be under police custody or were in jail or prison were not enrolled. Those with a study bracelet that included the phrase “ProTECT declined” or were listed on the study online opt-out registry were also NOT enrolled.

What made ProTECT different from other research studies?

Because of a limited time frame (within four hours) for administering progesterone after brain injury, this study was conducted under exception from informed consent (EFIC), following Food and Drug Administration regulations. EFIC is allowed only when testing treatments for life-threatening conditions, when consent from the patient is not possible, the treatment must be administered quickly, and there is the possibility that the treatment will directly benefit the patient.

How NETT is Organized
Directory
Announcements
Publications
Newsletters
Who to Contact